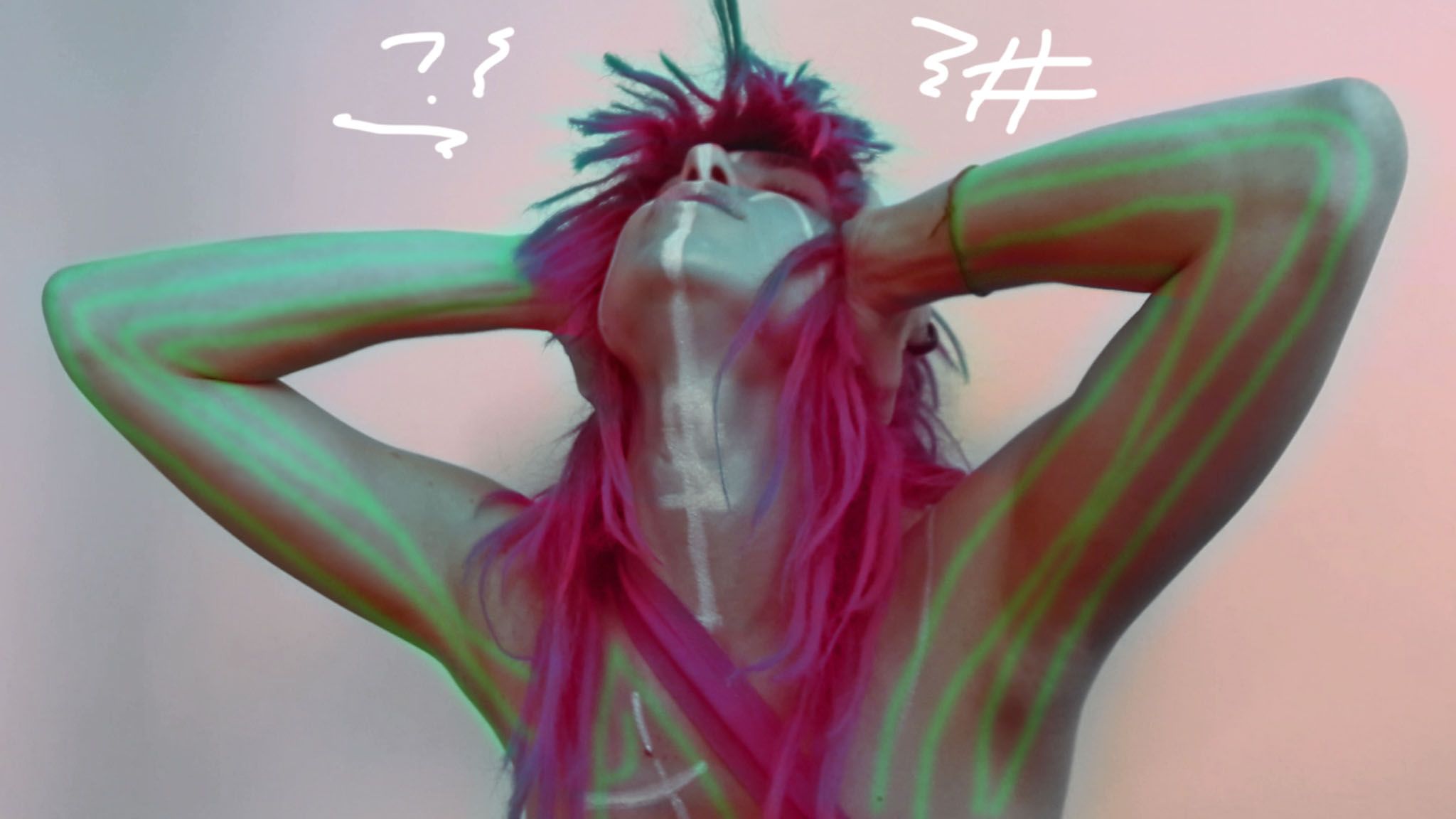 V: Who are you?
V2: You know who I am.
V: I do, but others don’t.
V2: I am your creation.
V: I am not God.
V2: Goddess?
V: What do you do?
V2: I’m searching. Looking for an answer. And wanting to calm down.
V: With that response it’s not really clear that you sing, write lyrics, produce music and videos, and that you also create theatrical concerts in collaboration with guest artists, mainly dancers & costumiers.
V2: True. Thanks for saying so. Can´t that be summed up in one word?
V: Besides that, what troubles you?
V2: It depends on what I focus on..
V: And what question do you need an answer for?
V2: For that one, for example!
V: …
V2: … why do I need answers to my questions? why do I ask myself questions? …
V: This conversation is a bit schizophrenic. I’m talking with me.
V2: And I with you. So what? Who doesn´t have voices in their head? At least we have a dialogue. So tell me, what do you do?
V: I interview you.
V2: That´s what I would´ve said!
V: True! You see, schizo…!
V2: What do you do then?
V: I struggle with my perfectionism, and with my contradictions.
V2: Why?
V: Because they contradict me!
V2: Someone could tell you that contradictions are part of life. Or that for each thesis there is an antithesis. Yin, Yang and all that stuff …
V: Ha, yes.
V2: What’s most important for you?
V: To keep my plants alive.

She´s been releasing her music as singles + videoclips in the last years. Her creative process starts with improvisation and then takes shape into videoclips, or theatralized perfomances with guest artists and also audiovisual installations.

At age 8, while singing “Sweet Dreams (are made of this)“, V2 decided to be a singer.

At 15 she was invited to “Crack Down” (later “Pokiest“), a grunge / punk band of girls that grew in parallel to “Quodlibet” where her brother played. Then she was part of other bands experimenting different genres (metal in “Kronos“, power-pop in “Tsunami“, electronics in “Odds“).

In her 20s she took up graphic design and trained in #martial-arts #theater and some time later in #urbandance #circus and #musical-theater.

In 2015 her computer DOS became her band and together they began to produce music, videos, scenery / costumes, choreographies and scripts for their performances in alternative venues.

Currently she shares stage with other artists ( URVARA -dancer and costumier- ) and her main collaborator and inspiration, her brother Darío Rubén.

Page load link
This website uses functional and analytics cookies. We do not save your IP. Ok, no problem!
Go to Top